The origins of soccer are lost to history. Some say that games that involve kicking a ball around a field started in China about 2,300 years ago, and may have spread to Europe from there, or that it may have developed independently in Europe. There were also similar games in ancient Egypt, Central America, and New Zealand.

But we do know that the "football" games which preceded soccer were popular in England in the Middle Ages. Men representing their towns and villages would form teams and play against each other. These games had few rules and so were often quite violent. Players would sometimes bite, kick, and punch their opponents. It was so bad that football was made illegal in England more than once. By the 16th century, many schools had teams and rules, which usually allowed players to carry the ball in their hands. By the 18th century, football clubs began to develop.

In England in 1815, Eton College made the Cambridge Rules, which did not allow carrying the ball. Rugby School's rules, on the other hand, allowed this. In 1863, the Football Association was formed, and those who preferred the Rugby School rules split off and formed Rugby Football, which allowed carrying the ball. It inspired Canadian football and American football.

Because both games were still "football," people in England began to call the Rugby Football game "rugby" and the Football Association game "soccer" ― a shortening of "association." People in Canada and the United States also called it soccer, and continued to do so even after England and most of the world went back to calling it football. It is still called soccer in North America and countries such as Australia, New Zealand, South Africa, and, of course, Japan.

By the end of the 19th century, soccer had spread to non-English-speaking countries, and in 1904 the International Federation of Association Football (FIFA) was formed. The first World Cup was held in Uruguay in 1930. It is unclear exactly when soccer was introduced to Japan. Some claim it was started by British businessmen in Kobe in 1870; others say it truly began later in the Meiji Period, brought in by foreign advisors to the Japanese government. But the first official soccer club was started in 1917, in Tokyo.  In the United States, soccer is not as popular as American football, basketball, and baseball. However, it is still one of the most popular sports among school children. Soccer is commonly played by both boys and girls, and is ranked third in popularity among sports for girls. So many young people play soccer in elementary school, junior-high school, and high school that a common term today is "soccer mom." This means a typical middle-class mother whose children are involved in various clubs and sports, so that she is kept quite busy taking them to practice and sporting events all week.

One of the reasons for the popularity of soccer among girls is that, due to a higher degree of danger, American football is not commonly played by girls in the United States. However, U.S. law requires that girls and boys receive equal funding for sports education; as a result, soccer for girls is given generous support by schools. This has led to women's soccer being more popular in the United States than it is in many other countries, and the U.S. Women's National Team is one of the top women's soccer teams in the world. They have won two World Cups, while the men's team has never won one.

12．Throughout the Middle Ages, soccer was played by men in English towns and villages, who often engaged in dangerous behavior.

13．The lack of rules for football in the Middle Ages resulted in so many problems that playing such games was sometimes banned.

14．The 19th century was a period in which new rules resulted in the formation of two primary football sports in England.

15．People in the United States and Japan are wrong to call the game "soccer" ― the only correct name is "football."

16．The first official soccer club in Japan was started in Kobe by a group of foreign businessmen.

17．Although most Americans prefer other sports, soccer is still played by many young people in the United States.

18．The coach of a girls' soccer team is commonly called a "soccer mom," and she is usually very busy.

19．In American schools, girls must be given the same treatment as boys when it comes to budgets for school sports.

20．The American women's soccer team has won twice as many World Cups as the men's team. 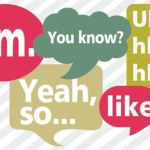 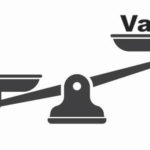 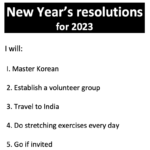 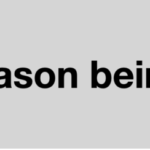